Is Your Dog OCD? 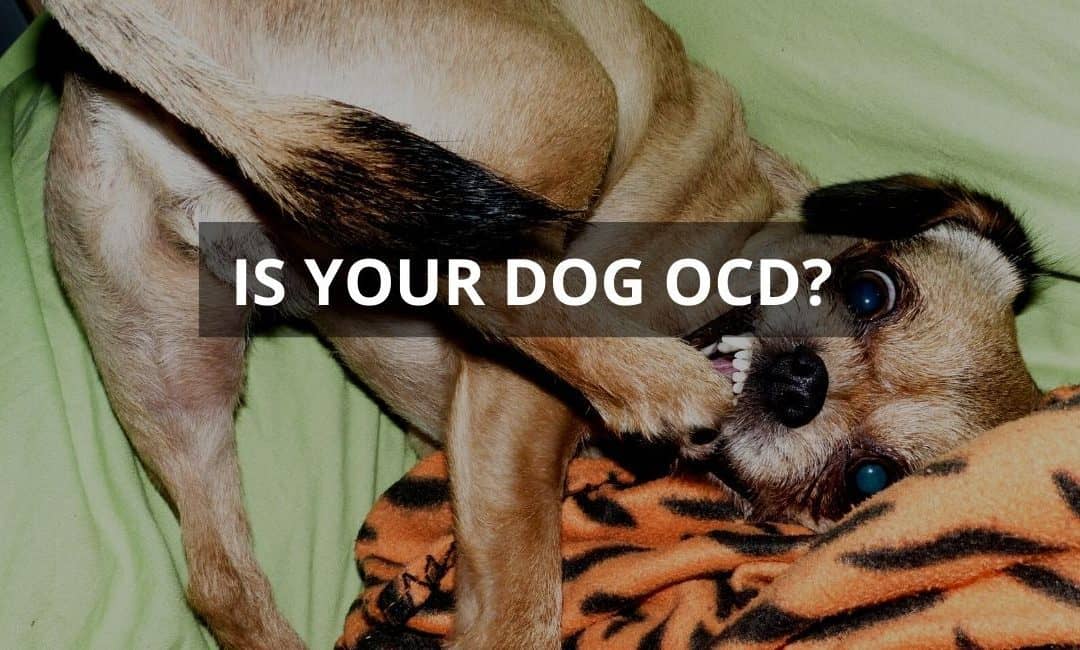 Are you wondering if your high-strung pup’s odd behaviors may be a canine version of OCD? It’s not uncommon to hear dog owners joke that their dog “must be OCD”, but it’s no laughing matter for the 3% of dogs whose behaviors qualify as truly compulsive.

Dogs with compulsive, repetitive behaviors may exhibit bizarre rituals around boundaries like fences, gates, doors, or other entryways. They may compulsively lick floors, walls, furniture, themselves, or you. They may attack their own bodies when frustrated.

Some dogs chase lights and shadows. Others chase their tails or spin in circles. Some dogs even eat compulsively! (And not always food.)

As strange as OCD in dogs is, the actual behaviors involved are typically perfectly normal dog behaviors. The problem is how they are expressed: excessively, repetitively, and out of normal context.

As a general rule, if your dog exhibits certain behaviors too much, too often, and in situations where they really don’t make sense, he may be OCD. 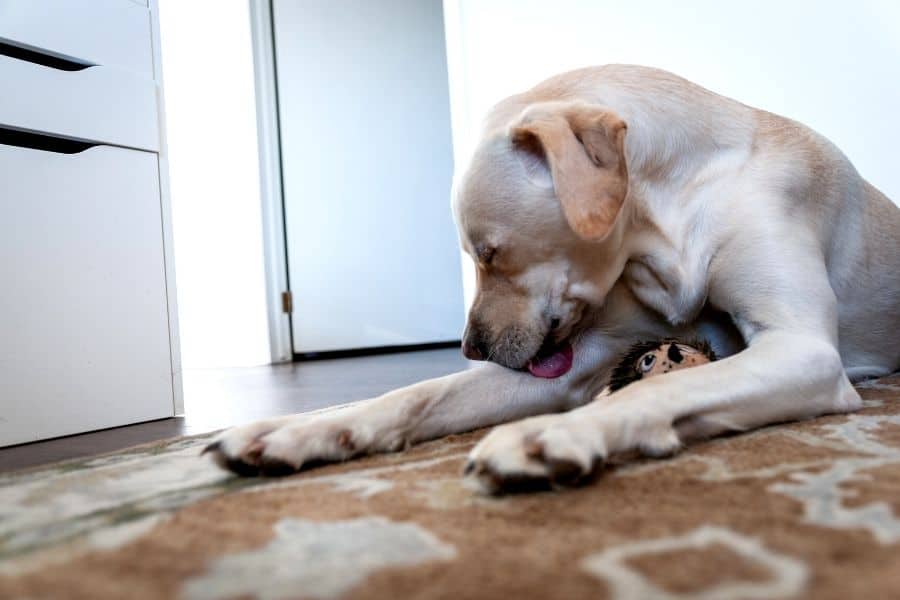 How do you know if your dog’s behavior is OCD?

Is your dog just having fun? Or is he developing a compulsive behavior?

Intense dogs tend to be intense in their behavior, so by itself, intensity is not enough to determine that it’s OCD.

Frequency can be a little more revealing. Does your dog really like doing the behavior (in which case it’s probably normal), or has he gotten into a “behavior loop” he can’t get out of?

Context may be the most telling factor. Is your dog is engaging in some typical dog behavior at times and places when it makes sense? Or does the behavior make no sense (in a dog’s mind, not yours!) in that situation?

If your dog shows a particular behavior in a very intense way, over and over and over, in situations where it simply doesn’t make sense, your dog may have – or be developing – a compulsive, repetitive behavior.

If you’re unsure whether your dog’s behavior is compulsive, a veterinary behaviorist or experienced canine behavior consultant can be an invaluable help, both in making a diagnosis and setting up a plan to address the problem.

Let’s look at some examples of normal dog behavior versus compulsive behavior.

Fence running is a normal reaction to things of interest passing by a dog’s yard. This is especially common in excitable and/or territorial dogs, and a normal behavior.

Endless running back and forth along a fenceline when there are no cars, bikes, people or animals in sight is not normal behavior, and has a good likelihood of being compulsive, repetitive behavior.

Pacing is a normal behavior in a dog that is anticipating either an interesting or anxiety-provoking event, or is uncomfortable (among other options). Continual pacing in a dog for none of these reasons may be a compulsive behavior.

Tail chasing can happen for a number of reasons. Often people notice this cute, silly behavior in an excitable young dog and encourage it with laughter and attention – until it becomes a habit.

Dogs that chase their tails for no outside reason, or that chase it in response to virtually any change or level of excitement, may be doing it compulsively.

Licking is, of course, a normal thing for any dog to do. Maybe there’s food residue where they’re licking, maybe your dog has an upset stomach, maybe they’re engaging in grooming you.

Dogs that lick themselves, things, or people constantly, with no medical reason (such as excess saliva production from a GI upset), may be engaging in compulsive behavior.

By now, I hope you’ve been able to get a feeling for whether your dog’s behavior is perfectly normal, a simple behavior problem that needs to be worked through, or an actual compulsive behavior.

If your dog’s behavior sounds like OCD, you might want to look into whether OCD in dogs can be cured, and investigate some common OCD training & management techniques.

This is in addition to making an appointment with an experienced dog behavior specialist and/or veterinary behaviorist.

If your dog seems to have some very early signs of compulsive tendencies, you’ll find lots of helpful tips in my article, Can OCD in Dogs Be Prevented?

I hope you enjoyed and found value in this article. If you did, please share with your friends!